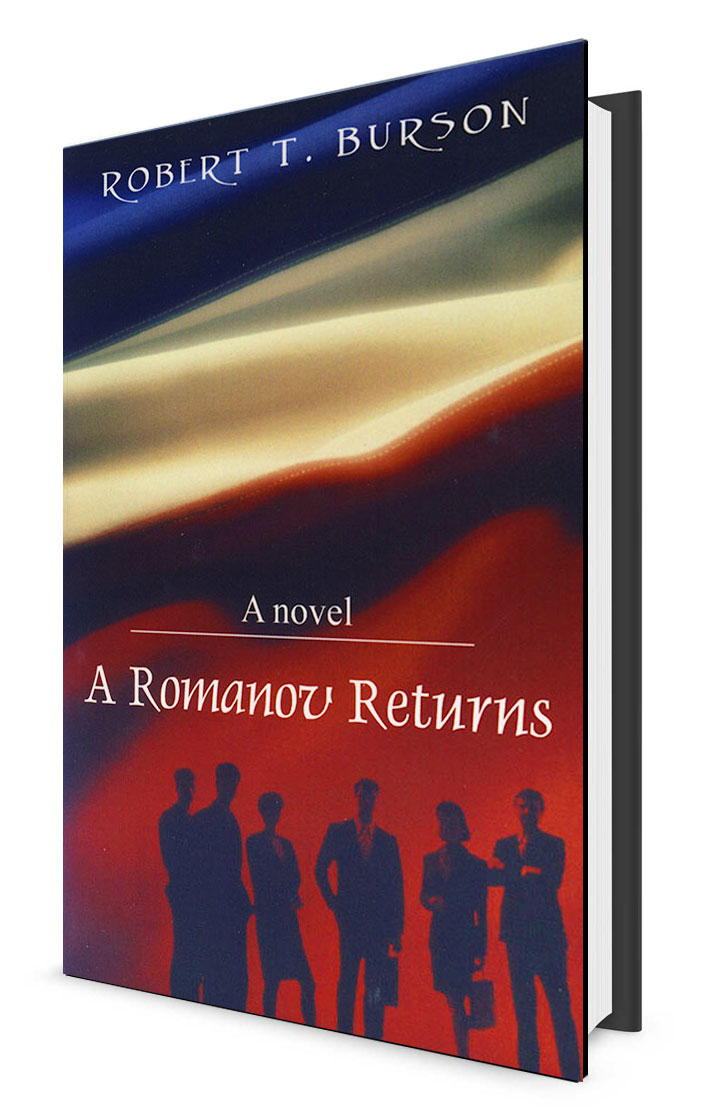 Russia had been in turmoil since the fall of Communism.  During this period of chaos the managers of the crumbling Soviet bureaucracy loot the wealth of the country for their personal gain.  These oligarchs quickly become the shadow government of Russia.  Rich and powerful they want permanency and legitimacy.  Fearing how quickly the political environment can change, these men want to create a leader answerable only to them.  These men believe they have found such a leader in the young and charismatic Mikhail Romanov, young, charismatic, yet morally questionable mayor of St. Petersburg.

To finance their plans, the Russian mafia turn to an American industrialist promising him exclusive rights to the oil bounty of the Russian federation.  As American science develops practical fuel options and the value of those oil rights come into question. Murdering U.S. scientists becomes a solution.

Follow in the footsteps of the American spy, Mike Williams, who stumbles upon their plots while investigating the deaths of the American scientists. As the plot unfolds we learn that Mikhail Romanov not only has his own plans to bring back the Romanov dynasty but has a mysterious and powerful benefactor.

Mikail Romanov carries a royal name.  But does he carry royal blood?  If he is elected as President of Russia to whom will he answer? The Russian mob, his own ideas of justice or is there someone else?  Read and find out.  Just remember when you pick the book up it will be hard to put down.