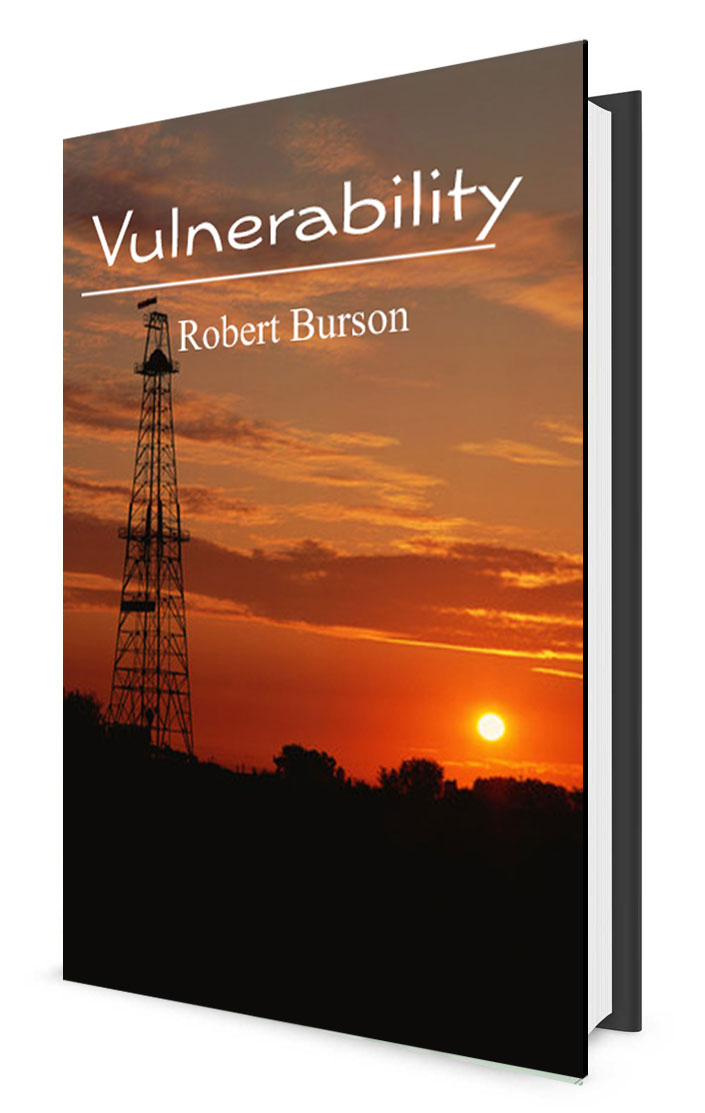 Vulnerability is the story of an irreverent National Security Advisor, Mike Williams, who teams with newswoman, Kate O’Hara to save America’s energy supply from a diabolical Middle Eastern leader, at least for a while.

The story is current; dealing with America’s energy vulnerability with so much of our country’s oil supply coming from the politically volatile Middle East.

The plot involves a charismatic Muslim leader devoid of any morality, his beautiful, brilliant lover equally without morals and a Saudi oil minister. The lovers along with a small cadre of ruthless associates work to control the world’s oil supply. They hope to tip the balance of power away from America and the Western world while enriching and empowering themselves. In short, they hope to become the power in a new world order.

In London, Washington D.C. and the Middle East, Mike and Kate uncover and ultimately thwart the plot while discovering each other.